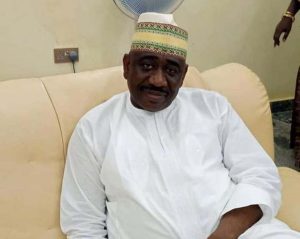 The Peoples Democratic Party (PDP) has asked the Inspector General of Police, Mohammed Adamu, to arrest the chairman of the APC in Kano State, Alhaji Abdullahi Abbas over hate speech.

Naija News had earlier reported that Abbas had asked party supporters to keep weapons in their possession till the 2023 elections to attack anyone that attempts to rig election.

Speaking on Friday during the swearing-in ceremony of the newly elected chairmen of the 44 local government councils in the state, Abbas called on the supporters to decisively deal with any person or group of persons that will attempt to rig the 2023 governorship election in the state.

“I call on our party youths to keep their weapons for now as there will be a better time to use them.”

Reacting, the Kano State chairman of the PDP, Alhaji Shehu Wada Sagagi, said they have drafted a letter to the IGP and other relevant government agencies.

“We are not surprised because it has been his nature to make such inciting utterances. This is hate speech.

“To us, it is an empty threat that will not deter the good people of Kano State from voting for people of their choice. However, for the interest of pure democracy, such unguarded utterances need to be addressed,” he said.