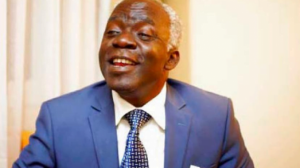 The race for 2023 has led to the formation of a new political movement, by a group of 30 well meaning Nigerians, with the aim of driving reforms in the country.

According to a communique which was issued yesterday in Abuja, the new movement name was unveiled as National Consultative Front.

The group said it aims to provide quality leadership which former leaders of the country, could not give.

“A new ideological mass Movement shall be initiated to embark on immediate mass mobilisation of the nooks and crannies of the country for popular mass action towards political constitution reforms that is citizens-driven and process-led in engendering a new Peoples’ Constitution for a new Nigeria that can work for all,” the group said.

The group noted that it would without any delay demand and ensure that chapter 2of the present Constitution i.e.; “Fundamental Objectives & Directive Principles of State Policy become enforced.

“Our Political Coalition wishes to assert that the current factionalisation and imbroglio rocking dominant political parties in Nigeria as well as the heightening political tension in the country, especially within the Nigerian ruling class, have further given credence to our resolve and intervention to provide a credible alternative political class and leadership for Nigeria as most of those who pride themselves as Leaders of our country in the last twenty-one years of civil rule have proved to be huge failures and burden to the wellbeing of our people.

“We hereby call on those presently in charge of our Federal Government, military, and security apparatus to immediately wake up and do everything to stop the ongoing senseless pogrom against the masses of our people.”

In the buildup to the 2019 elections, similar efforts were made but the groups collapsed before Nigerians cast their ballots.