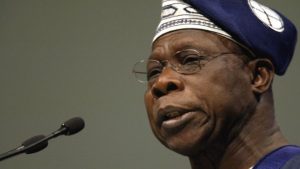 Information gathered revealed that the former president met with the leaders to re-state his position that Nigeria is drifting into a failed and divided state under President Muhammadu Buhari.

The source also revealed that former president Obasanjo had intimated the Chief of Staff to the President, Prof. Ibrahim Gambari, before the dialogue was held.

Also speaking on the meeting, the Director of Engagement, Northern Elders Forum, Dr. Hakeem Baba-Ahmed disclosed that each group expressed reservations on the state of the country.