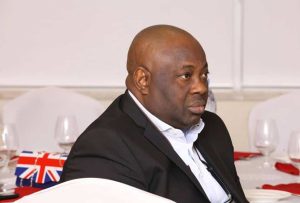 Media Mogul and politician, Dele Momodu, has spoken on his plan to run in the 2023 Presidential election.

Momodu in his statement on Thursday noted that he has passed the baton to the likes of Omoyele Sowore, Fela Durotoye and Kingsley Moghalu.

He made this known while responding to a Nigerian user on Twitter who asked him about running for 2023 presidency.

The fan had said; “I thought it was a 2023 campaign poster. You look presidential in style and content any day.”

Momodu in his response wrote: “No such ambition again.”