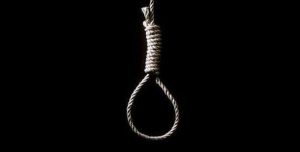 It was total confusion on Sunday, when a 400-level Mathematics student of the Federal University, Dutse, Jigawa State, Bashir Abdullahi, reportedly committed suicide because his girlfriend, one Raf’at, jilted him.

It was disclosed that Abdullahi committed suicide to show his displeasure about the decision of his girlfriend to end their relationship on Valentine’s Day.

Sources within the school which spoke with Punch noted that the victim who is an indigene of Ungwa Uku Tarauni Local Government Area of Kano State committed suicide at his Yalwawa residence, located on the outskirts of the state capital, around 5 pm on Monday.

It was gathered that Abdullahi consumed a poisonous substance.

“When his friends discovered what happened, they quickly rushed him to the Rasheed Shekoni Teaching Hospital in the state capital, where he was confirmed dead by doctors on arrival.”

“On the spot, they promptly contacted the girlfriend, informing her of the death of Abdullahi,” a source said.

It was gathered that the lady denied cheating on him, saying it was the deceased, who actually cheated on her.

The spokesman for the Jigawa State Police Command, DSP Zubairu Ismail, who confirmed the incident noted that the university had commenced investigation to unravel the circumstances that led to it.

In another development, It was total confusion on Saturday as a marriage proposal in few seconds turned to madness scene.

The unidentified lady in a video spotted on the internet was seen stretching out her hand to receive a ring from her lover who had proposed in the presence of numerous people.