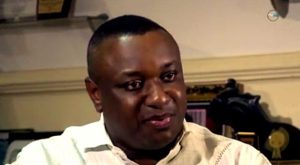 The Minister of State for Labour and Employment, Festus Keyamo, on Monday, revealed why politicians are allocated slots for the proposed 774,000 jobs.

Recall that the Senate President, Ahmad Lawan, on Monday announced that the recruitment process will be handled by the National Directorate of Employment, NDE.

The minister addressed the letter to the NASS Joint Committees ahead of his second appearance there on Tuesday, July 7, 2020, at 12 noon.

The letter reads in part, “Let me state clearly here that all members of the State Selection Committees are not persons holding any official position in any of the registered political parties.”

“If any of them listed is an official of any political party, then the State Chairman of the Selection Committee of the SPW shall fill that position with another person representing that interest. I started this in order to make this process as apolitical as possible.”

The minister while speaking on the notion that the 20-member committee is a waste of national resources, said, “Interestingly, despite the assertion of Hon. Muhammad Wudil on television that the twenty (20) members of the Committees would be a waste of national resources, if he had properly read the budget, he would have discovered that no provision has been made for the members to be paid any kind of personal allowance whatsoever.”

“The only provision made in the budget is for Five Hundred Thousand Naira per State to cover the logistics of the entire Committee which would be used to move around the States, collate the names, buy stationeries and compile the names in printed form in all the Local Government Areas to forward to us in Abuja. Note that it is N500,000 for the entire Committees, not for individual members. If this is not a patriotic service, I do not know what is.”

The senior lawyer said the National Assembly cannot circumscribe or question the discretion of the Minister to establish these committees, saying, “My simple answer is NO. Once a person who is given discretionary powers by law exercises that discretion in a particular way, it is impossible to question the exercise of that discretion if it is done within the confines of the law.”

“Therefore, even Section 88 of the 1999 Constitution cannot avail the Joint Committee the power to question the discretion of the Minister to constitute Committees for the NDE under Section 16(1) of the NDE Act.”

Keyamo who spoke on why the state’s selection of committees instead of online applications said, “The reasons are: (a) the categories of those to be engaged (which are largely unskilled workers) will not have the capacity and access to make online applications. (b) online applications would not ensure that the 1,000 persons to be selected would come from each Local Government Areas as, for example, 300 persons may apply online from Lagos State, claiming to be applying to work in Sokoto State. (c) the selection process would be localized and would absolve us in Abuja the responsibility of selecting persons from different States.”

The minister who gave reasons for giving the slot to politicians said, “However, in the spirit of transparency and because of the need to be honest before Nigerians, we have said before that we are not unmindful of the fact that political office holders are also representatives of the people.”

“We cannot also totally ignore them in the selection process. Their Constituents are also Nigerians. What we have tried to resist is A TOTAL TAKEOVER OF THE PROGRAMME BY POLITICIANS AND POLITICAL ACTORS, hence the multi-sectorial composition of the States’ Selection Committees.”

“As a result, the States’ Selection Committees have been instructed to allot to political officeholders like our distinguished Senators, Honourable members, Ministers and Governors, a number in total not exceeding fifteen per cent of the total beneficiaries in that State. This is to ensure that majority of Nigerians who do not belong to any of the political divides actually benefit substantially from this programme.”

“The actual break down of these numbers between the officeholders have been communicated to the States’ Selection Committees. But if I understood Hon. Muhammad Wudil very well during his interview on HARD COPY on Channels Television, he alluded to the fact that he is uncomfortable with the fact that Ministers got a certain number of slots (30) from all the Local Government Areas in a State, whilst he as a Member of the House of Representatives got slots from only the Local Government Areas within his Constituency.”

“But he should remember that there is only one Minister in almost all the States (except a few that have two), whilst a State like Kano where he comes from has 24 members of the House of Representatives. If those 24 members each take slots from all the Local.”

Government Areas available, there will be nothing left again for everyday people to share.

“Finally on this point, suffice to say that those persons to be recommended for engagement by political office holders that constitute the 15 per cent so mentioned, must also be eligible persons to participate in this programme.”

“I am also pleased to inform you that for the purpose of transparency and accountability in the process, the President approved the use of select banks to register and collate data of those to be engaged. The banks would open accounts for all beneficiaries and in the process obtain BVN for those without accounts. Consequently, all payments would be made from the CBN directly to the accounts of the beneficiaries.”

“The banks will also simultaneously register the participants of the Special Works Programme. Apart from the transparency and accountability, this will achieve, one of the benefits of the exercise is that more Nigerians would be captured in the financial system thereby enhancing the financial inclusion drive of Government. Eventually, the data collated by the banks would be passed on to us for use in the programme implementation.”

“It is important to note that this data to be collated would be used for other multifarious purposes relating to employment and social surveys. Already the National Bureau of Statistics, the National Population Commission and other Federal Government Agencies have requested for an allotment of persons from the 1,000 persons in each Local Government Areas to carry out special social surveys and data collation.”

“For the ease of supervision and monitoring of such a large programme, the President approved the deployment of online technology to effectively supervise, track and monitor the entire process.”

“As a result, a domain name for an interactive website and online backend activities for the programme, www.specialpublicworks.gov.ng has been established.”

“A database containing the 774,000 participants and all the public works projects would be established. A final clean copy of the database of persons to be engaged would be delivered to us by the Banks we engaged to register and open accounts for them.”

“The website with an analytics dashboard will provide the level of work done on projects on a daily basis. It will also contain a robust feedback mechanism that will allow citizens to provide independent assessment on projects.”

“Project owners and communities where projects are situated will also provide feedback through an online channel to our backend using their mobile devices.”

“This various deployment will enable us to supervise, track and monitor the programme effectively in accordance with Mr President’s directive.”

“The programme starts on the 1st of October, 2020. However, we are already running out of time because before October 1, 2020, we still have to select the 774,000 Nigerians, register them, open bank accounts for them and obtain their BVNs. Hence the urgency to proceed with preparations.”