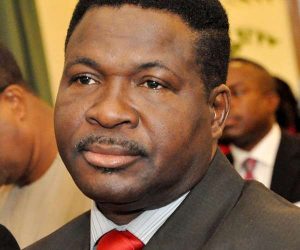 Ozekhome in a statement released on Sunday asked when Nigeria would be abducted if government fails to put security measures in place.

The human rights lawyer arrived at 807 students abducted under Buhari government by examining the Government Science and Technical College abduction in Dapchi, Yobe State, of February 19, 2018, where 110 school girls were abducted.

Then the abduction 340 students in the Government School in Kankara, Katsina State.

In Kagara, Niger State. 42 people, which included 27 students, three staff members of Government Science Secondary School and 12 of their family members were abducted in February and in the same month, about 317 Government Girls Secondary School, Jangebe, Zamfara State, were captured.

Ozekhome said, “What the government does not still seem to understand is that because it has failed to give security and welfare to the Nigerian people as provided for in Section 14 of the 1999 Constitution, ethnic nationalism is fast rising in a way that ethnic groups and the various nationalities in the Nigerian contraption have begun to feel that they need to go the extra mile to protect themselves from ravaging insecurity. That is why I always ask, who is advising this government?”

“The present ravaging insecurity is what led to the emergence of Amotekun, in the South West and the Eastern Security Network in the South East. There have also mushroomed various local policing militias across the country. It is the failure of the government to provide security that is at the root cause of these defensive measures.”

“Is Nigeria not being abducted by Boko Haram bandits, herders, kidnappers, armed robbers and terrorists? The scenario is frightening and heart-rending. Let us see Buhari’s ugly tale of the tape: Dapchi, Yobe state. 110 school girls abducted on February 19, 2018. 110 have been released on huge ransom.”

“Kankara, Katsina state; 340 school children abducted in December, 2020, by about 100 Boko Haram bandits riding motorcycles; Kagara, Niger state. 42 people, who included 27 students, 3 staff members of Government Science Secondary School and 12 of their family members abducted. Then; Zamfara State Government Girls Secondary School, Jangebe, was their next port of call. About 315 of the 500 boarded students were abducted.”

“This country is in a complete mess; worse than ever before. So, when will Nigeria be finally abducted?”