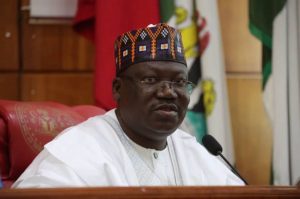 The Nigeria Senate has asked President Muhammadu Buhari to rename the Ibadan Airport after the late Governor of Oyo State, Abiola Ajimobi.

Naija News reports that the request was made following the adoption of a motion by Senator Abdulfatahi Buhari and seconded by Senator Ibikunle Amosun.

The lawmakers observed a minute silence in honour of Senator Ajimobi.

The upper legislative chambers also resolved to send a high-powered delegation to commiserate with the family and the government and people of Oyo State of the death of the former Governor.

Recall that the former Oyo State Governor had died from COVID-19 complications.