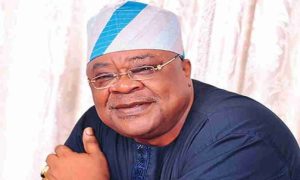 A former governor of Oyo State, Adebayo Alao-Akala has finally emerged as the state All progressive congress leader in Oyo State.

Mr Alao-Akala, a former police officer, was the governor of the state between 2007 and 2011.

He sought re-election for a second term in office in 2011 but lost to the immediate past governor, late Abiola Ajimobi.

Mr Alao-Akala contested again in 2015 and lost to Mr Ajimobi. In 2019, he lost the All Progressives Congress (APC) ticket to Adebayo Adelabu who lost the main election to Seyi Makinde.