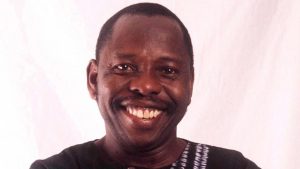 Born in 1941, late Ogoni leader fought tirelessly to liberate his people in the Niger Delta region of Nigeria. While he did not wait to witness the dividend of all he suffered for, the region is now killing its own people in the absence of Ken Saro-Wiwa.

He fought for regional politics but who are those in charge of the regional politics in Nigeria today? With the recent happenings surrounding the Niger Delta Development Commission (NDDC), it is unarguable that all martyred Ogoni leaders would not be happy with the mess that has been made from their deaths.

The saddest thing of all is that none of the current leaders with a series of corruption allegations around their necks stood by the Ogoni leaders during their trials. In the end, we still have struggle between the masses and the looters. Now, creditors tap the rusty doors of affected individuals in the region and Nigeria at large.

Lovers of history will care to know that right from the existence of the nation named Nigeria, Niger Delta is one of the places where people have been raped of what belongs to them. Even before colonalisation, corrupt folks milked their cow breast and many indigents have since been subjected to malnormal due to the double standard habits of few who are tagged leaders. These so-called leaders continue to cheat the voiceless openly and expose them to injustice and oppression.

“Oil was at the centre of the Nigerian Civil War. People from oil-bearing land were the main victims. Twenty years later, the system of revenue allocation, the development policies of successive Federal Administrations, and the insensitivity of the Nigerian elite have turned the Delta into an ecological disaster and dehumanized its inhabitants. The notion that the oil-bearing areas provide the revenue and yet be denied a proper share of that revenue is unjust. The silence is deafening. The affected people must not be frightened by the enormity of the task, by the immorality of the present. I call upon the Nigerian elite to play fair.

We are witnessing the birth of a new phenomenon, the decision of a small group of people that they will not tolerate their dehumanization even by people of the same colour of skin. And that all the guns in the world, the casuistry of dictatorship and the threat of death and imprisonment cannot deter a people determined to secure their
God-given rights and protect their inheritance.

I am recreating the Ogoni people, first and foremost, to come to the realization of what they have always been which British colonization tried to take away from them. So my effort is very intellectual. It is backed by theories and ideas which will, in fact, matter to the rest of Africa in the course of time”

The above were some of the notable words of Saro-Wiwa and it is expected of anyone overseeing Niger Delta commission to remember those admonitions. The drama being played since the beginning of the alleged N81.5 billion fraud is sickening and disheartening. While Nigerians have no power to independently probe these folks, they have bestowed the power on the National Assembly. The twist of all is whether the lawmakers are clean enough to probe corruption allegations?

Over the years, the National Assembly has remained the headquarters of former governors alleged of corruption. So, one should not be surprised when those interrogated further alleged that lawmakers got contracts. Hence – this should not be seen as mere blackmail because the audit of the operations of the NDDC from 2001 and 2019 will reveal a lot of individuals with different shapes of skeleton in their wardrobe. But there is a major fear among many Nigerians. It is a simple fear of whether justice will prevail or not.

Nigeria is a country with the popular saying that “when you fight corruption, corruption will fight back”. So, to avoid corruption from fighting back like the case of EFCC suspended chairman, Ibrahim Magu, the NDDC probe may not see the light of the day. Yes, this is Nigeria where media trials are more effective than NASS or court trials.

This current scandal is more worrisome because folks in the Niger Delta region are not currently being marginalized and cheated by outsiders but by individuals from their own place. It is simply a case of Niger Delta killing Niger Delta rather than help the region fast track development. Was Olusegun Obasanjo not wrong to have established the NDDC (Establishment etc.) Act in 2000? No, he won’t have created the commission to syphon public sweats.

According to what is expected, the commission’s aim should simply be to formulate policies and guidelines for the development of the Niger- Delta, area;  conceive, plan and implement, in accordance with set rules and regulations, projects and programmes for the sustainable development of the Niger-Delta area in the field of transportation including roads, jetties and waterways, health, education, employment, industrialization, agriculture and fisheries, housing and urban development, water supply, electricity and telecommunications.

Others include tackling ecological and environmental problems that arise from the exploration of oil mineral in the Niger-Delta area and advise the federal government and the member states on the prevention and control of oil spillages, gas flaring and environmental pollution.

Unfortunately, the ambassadors of poverty who met themselves at various positions where the aforementioned responsibilities are to be perfected have turned to straws drawing their people dry. Anyways, thanks to President Muhammadu Buhari for ordering a forensic audit into the operations of the Niger Delta Development Commission (NDCC) covering the period 2001 to 2019.

While this has generated expected controversies, it is very pertinent for those most affected to take charge by speaking up against impunity. This current probe should send a signal to the Niger Delta Avengers that there is fire on the mountain and they must take reasonable actions. The little revelations so far should cause outrage and it is high time Nigerians uprooted the bad guys away from our society. Again, we await how far this current drama will go.

Remember, we have an outstanding league to complete – Magu’s corruption cup!