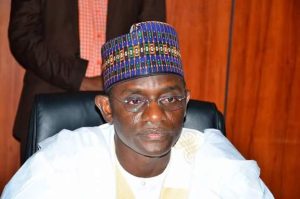 The Caretaker Committee of the All Progressives Congress will be meeting today (Monday), to inaugurate National Convention Planning Committee.

Information gathered revealed that the caretaker committee of the party would meet at the national secretariat of the party to set up sub-committees as part of preparations for the party’s congresses and the national convention.

Recall that President Muhammadu Buhari during the meeting at the Presidential Villa on Thursday dissolved the party’s National Working Committee and set up the caretaker committee headed by the Yobe State Governor, Mai Mala Buni.

The caretaker committee which was set up by the President was given the assignment to organise the party’s ward, local government and state congresses as well as the national convention in the next six months.

The ruling party has been in and out of a crisis, following the decision of the Court of Appeal in Abuja to uphold the suspension of Adams Oshiomhole as the National Chairman of APC.

The ruling of the court saw two factions emerge in the party with one led by Victor Giadom and the other by Hillary Ita.

However, President Buhari on Wednesday neglected the 18 NWC members and declared his support for Giadom and attended the NEC meeting convened by him on Thursday.

Following the decision of the President, Oshiomhole has accepted his fate and withdrawn his lawsuit against the dissolution of the party’s NWC.1

A member of the party who spoke with Punch on condition of anonymity, said, “After their inauguration, the committee is expected to set up sub-committees to handle the various aspects of its assignments.”

“The issue of zoning will come up later because they have six months. But right now, the focus will be on general housekeeping, preparations towards organising congresses to elect delegates for the national convention and so on.”

“And you know, congresses will be held from the ward, local government and state levels to elect delegates who will eventually participate in the national convention. It is procedural. Members of our party will now pay serious attention to their ward leaders considering what just happened to Oshiomhole.”

Another leader of the party, who also spoke on the meeting said, “What one will expect now is for the committee to start the process of healing wounds through words and deeds. They were appointed to solve the problem. We are confident they have what it takes to do so.”

The Caretaker Committee Secretary, James Akpanudoedehe said, “I have received a text message. I align myself with what my chairman said. I have no approval to add or subtract. When we go there, what we will do will be unveiled. I cannot preempt what we will do. I am the secretary of the committee. Maybe by tomorrow, a spokesman will be appointed to speak.”