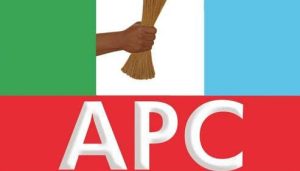 Nigeria’s ruling party, the  All Progressives Congress (APC) has extended the nationwide membership registration and revalidation exercise by three weeks.

The statement read in parts: “The feedback across the states has been overwhelming and beyond projected success level; with a massive turnout of intending registrants beyond the expectation of the party.

“This development is responsible for the shortage of registration materials recorded in many states across the country and thereby warranting an extension of the exercise to give every interested Nigerian the opportunity to officially identify with the ruling party, the APC.

“On behalf of the national chairman, caretaker/extraordinary convention planning committee (CECPC), Mai Mala Buni, I wish to use this opportunity to appreciate the good works of Governor Yahaya Bello of Kogi state-led youth, women mobilisation, and persons with disabilities’ sensitisation committee, the national registration, revalidation committee led by Gov Sani Bello of Niger state, the states steering committees for the exercise and all party officials who have been both, directly and indirectly, involved in the exercise from the outset.”