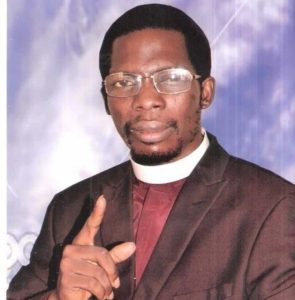 According to him, “they will be severely punished, together with the leaders of Christianity who refuse to speak the truth.”

The cleric warned prominent religious leaders such as Benny Hinn, Pope Francis and T.D Jake, to speak the biblical truth on the issues of LGBTQI or face the judgment of God.

Okikijesu said, “Thus says the Lord: If he refuses to speak the truthful words, son of man, the hand of My judgment will come upon many people in 2021 including him.

“He should remember that I am the One who created his soul and existence. I have the power to ask for his soul at any time and there is no powerful being that can stop or obstruct Me. He should wake up from his slumbering and he must not sleep spiritually, but be at alert.”

He said, “Thus says the Lord of hosts: Inform Pope Francis that during this hour I the Lord is not pleased with him.

“Let him know for sure that, why is he afraid of human that can kill the body but cannot kill the soul? Why is it that I am warning him and he failed to follow My instructions because of vain humans?

“Why is it that he refused to follow the statutes that I gave to him? I the Lord give him time to quickly take step of rectification; and step of humility, and step of repentance, and the step of his positive change by speaking the truth during this period.

“Thus says the Lord: I do not want the death of the sinners, so he should cry out in the Church that I installed him to govern. He should proclaim to the entire Church (Catholic Church) that the eye of I the Lord is bitter towards sin, and I the Lord am not pleased with some of the leaders of the (Catholic) Church that I put him (Pope) in charge, that are destroying Christian religion.

“Thus says the Lord: I give these people three months to make amendments. If they turn a dear ear to these messages, then I will bring severe judgment upon them, says the Lord God of hosts. I gave them January, February and March to take steps of rectification.”

He continued, “Thus says the Lord: I do not want the death of sinners, but for the sinners to repent. I do not support any form of transgender activities (sex reassignment surgery) whereby a male is changed to a female, or a female is changed to a male. All the people who are involved in this acts will be severely punished, together with the leaders of Christianity who refuse to speak the truth.”