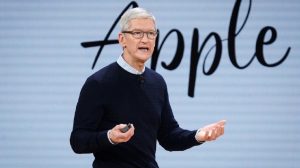 The market capital of Apple is currently around $1.9 trillion. Its shares are up nearly 54% so far this year to almost $451 each, outperforming the broader market and the S&P 500 tech sector, according to data provider Refinitiv.

The tech world has produced many billionaires, including the world’s richest man, Amazon founder Jeff Bezos, and Facebook co-founder, Mark Zuckerberg, who Bloomberg pegs as worth $100 billion or more.

However, Cook’s new status is something of a rarity because he is not Apple’s founder. Google CEO, Sundar Pichai, for instance, not among Silicon Valley’s richest players. But Google’s co-founders, Larry Page and Sergey Brin, who gave up their executive roles in 2019, are worth about $71.7 billion and $69.5 billion, respectively.