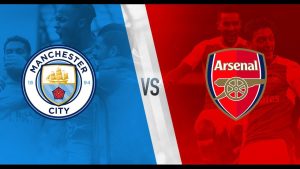 Arsenal football club were comprehensively beaten by Manchester City in Wednesday’s premier league game at the Etihad Stadium following the resumption of the Premier League.

Before the game, Arsenal fans had cautiously hoped their team would avoid a defeat but the hopes were dashed after City dismantled them on Wednesday night at the Etihad Stadium.

Injuries also played its role in the game as the Gunners were forced into two early substitutions.

However, as the game continued, goals from Raheem Sterling, Kevin De Bruyne, and Phil Foden gave City a 3-0 victory over the Gunners.

The goal margin could have been more but Arsenal keeper, Leno made some brilliant saves during the match though his heroics couldn’t save the day for his team.

David Luiz also got a red card during the game and is been blamed by many people for his team’s loss.