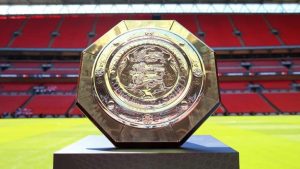 North London side, Arsenal will clash with Liverpool on Saturday (Today) in the Community Shield.

The competition is between the Premier League champions and FA Cup winners.

Both rivals will be seeking to lay down the marker ahead of the 2020/2021 campaign psychologically and also add to their trophy haul.

Livepool will be looking to add to their trophies, while Arsenal manager, Mikel Arteta will want to add to the record-extending 14th FA Cup he won in just under a year as manager.

Manchester United have won it the most times (21), while Arsenal and Liverpool are second in the all-time table with 15 wins each.