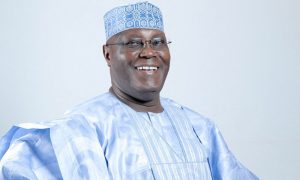 Following the recent hike in Fuel and electricity tariff prices by the Federal Government, former Vice President, Atiku Abubakar, has posed a question to to the reported deregulation of the petroleum sector.

The Federal government had claimed that they reached the decision for the recent increase in fuel pump prices to the deregulation of the petroleum sector and suspension of subsidies on petroleum products.

However, reacting in a tweet earlier today, Atiku queried why fuel price isn’t dropping since the government has embarked on deregulation.

He said only fuel prices in US and Europe are far lower than they were in 2019.

He tweeted ‘I am a businessman. I look at things from an economic perspective. Questions beg answers. The price of crude is down from where it was in 2019. In the US and Europe, fuel prices are far lower than they were in 2019. If we truly deregulated, shouldn’t fuel price have dropped?”