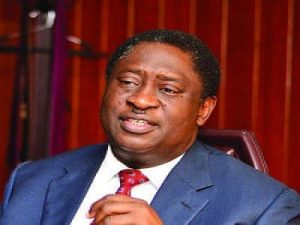 The Immediate past Governing Council Chairman of the University of Lagos Wale Babalakin has appeared before the special Visitation Panel set up by the federal government.

Naija News recalls that President Muhammadu Buhari asked Babalakin to recuse himself from official duties while a  special visitation panel to look into the ongoing crisis in UNILAG.

However, It was garthered that  Babalakin came in for the hearing scheduled for 9am.

The panel sitting at the Council Chambers of the university will also receive the UNILAG branch of the Academic Staff Union of Universities (ASUU) by 2pm.

Former Registrar of the university, Mr. Olurotimi Shodimu has also been seen at the Council Chambers.