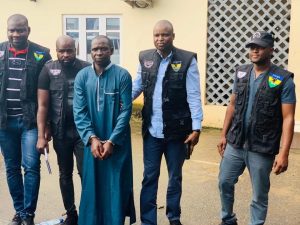 In her ruling, Justice Binta Nyako ordered that Wadume and six others be immediately transferred from the custody of the Special Anti-Robbery Squad, SARS, a unit of the Nigeria Police Force (NPF) to Kuje Correctional facility.

According to Nyako, there is no reason to grant the defendants bail while the case has already been giving an accelerated hearing, insisting that they must be transferred to the prison with immediate effect.

The judge, however, ordered that a medical facility should be made available to the defendants and as well as access to their lawyers while in the Kuje prison.

Naija News recalls that Wadume’s case began following his arrest in August 2019 in Ibi, Taraba State by the Intelligence Response Team of the Inspector General of the Police office.

He was apprehended for the mastermind of a kidnap case in which he was said to have demanded N106m as ransom. Luck, however, ran out on Wadume as he ended in SARS custody despite attempts to smuggle him away by some authorities.