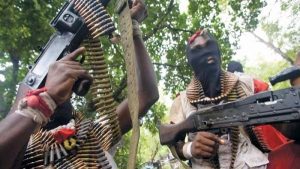 It was gathered that the bandits also carted away a large number of animals and food items during the attack.

A resident told SaharaReporters that the bandits stormed the communities on motorcycles after which they began shooting and burning houses and grain stores.

Katsina State has seen recent upsurge in activities of bandits in the last one month, leading to the loss of many lives and displacement of hundreds of individuals and families.

Naija News recalls that Governor Aminu Bello Masari had on Wednesday accused informants who support bandits and kidnappers of been behind the continued killings in the state.

Speaking when he received the Emir of Kano, Alhaji Aminu Ado Bayero, Masari said the informants have greatly truncated the unflinching effort of security operatives and government in stemming the wave of banditry and other nefarious activities bedevilling the state.

According to the governor, bandits and kidnappers who launched deadly attacks on villages and communities received information from people in the state.

“Most of the bandits who launched attacks on villages in the state received information from people within the communities and this made it difficult for security agencies to operate effectively,” Masari said.