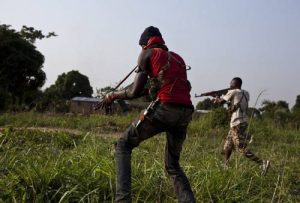 The state government, while reacting to the attacks, said the bandits invaded Kajinjir and Rago villages in Igabi where four people were killed and one person injured and that another attack claimed three lives in Katuru, Kajuru LGA.

The Commissioner for Internal Security and Home Affairs, Samuel Aruwan, noted that two among those killed had been identified as Ibrahim Rabi’u and Abdulrahman Mohammad, while Kamal Murtala who sustained gunshot injuries was receiving treatment at a nearby facility.

Aruwan noted that one Ibrahim Iro and Muhammadu Rabiu were killed during an attack on Rago villiage, adding that those killed in Katura had been identified as Michael Shadari, Clement Aura Bili and Danlami Shaban.

Naija News had earlier reported that the affected town has been playing host to refugees displaced by bandits.

A resident of the community, Sanusi Gatawa, while speaking on the attack noted that the bandits invaded the town around 10.pm and operated till 12.am when soldiers from Sabon Birni arrived. He said, “The soldiers exchanged fire with them but we cannot say whether they (bandits) too suffered casualties because they don’t leave their corpses.”