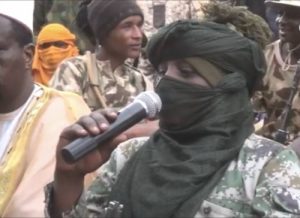 Some killer herdsmen have stated that their inability to access quality education was responsible for their decision to take up arms and go into crimes.

Speaking with Daily Trust, one of them, who seemed to be the leader of the group, said President Muhammadu Buhari can only tackle insecurity by seeking international intervention.

While lamenting neglect by the government, the bandit said they want quality education and employment opportunities in government parastatals.

He said, “This issue is beyond any governor; even the president himself, if he knows the true situation in the forest and the condition people find themselves, there’s no way he would have left this responsibility to the governors or any individual.

“The problem cannot be surmounted by a governor; even the president would have to seek help from other countries to tackle the problem. Just look around, these are people bearing arms and they have nothing to do. Many have lost their loved ones. The parents of some of them have been killed.”

“What we want is that our pastoralists should be employed just like the way their own children are employed. Our children should be enrolled in schools so that we can also become knowledgeable. In this country, there is oil, there are gold and many other natural resources but we don’t know how any of those things are being managed,” he added.

He accused members of the defunct Special Anti-Robbery Squad and officers of the Nigerian Army have taken their cattle from them, leaving them poorer.

“What more cattle do we have now? Soldiers and SARS personnel have carted away all the cattle,” the bandit leader said.

Asked how they survive in the forest, he said the bandits feed on the proceeds from selling the few cows they have left.

He also alleged that they get money from some governors and lawmakers who pay off the bandits after they must have raided such person’s domain.

“The way we survive is, some of us with two or three cows, sell one and bring the money here which we share and buy some food items.