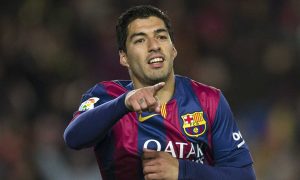 Barcelona has told Luis Suarez that his deal with the club will be terminated one year early.

The Uruguay international has been told by the La Liga side that he does not have future at Camp Nou.

The Spanish side has plan to release and sell some of its players during the summer transfer window.

The club new manager, Ronald Koeman, also told Suarez that he can leave in a phone conversation on Monday.

Suarez, 33, who is currently on holiday, was informed of the decision in a ‘brief conversation’ between the two.

However, his Suarez’s lawyers will begin negotiations for termination of the deal.