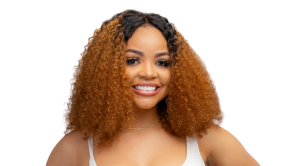 As part of her random assessment about the housemates, Kemi tips the Bayelsa born fair coloured lady to be the force to reckon within the house due to her appearance and how she carries herself around the house.

She also gave a breakdown of other BBNaija 2020 housemates who were introduced yesterday. In a series of tweets, Kemi Olunloyo revealed that some of the new housemates are just a replica of former housemates from previous editions.

She wrote: “Aisha from Sokoto. Finally some excitement from a northern Nigerian chic. #BokoHaram and Bandits move far far away.

See fine boy. He must leave that house sharp sharp next week and move in my house in Sangotedo. All my fans should vote for his eviction

#kemitalksbbnaija #BBNaijaLaunch #bbnaija2020
Tolanibaj said it all. I’m here for the money. Fame can wait. “Fame without money equals a miserable life”. She’s talking about me O!!
She’s dangerous.

Meanwhile in a latest development, Nengi has emerged the new Head of House (HoH) for the 2020 Big Brother Naija (BBNaija) reality show.