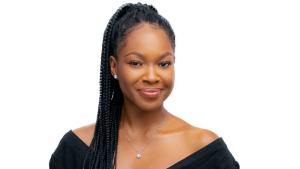 BBNaija housemate, Vee has been spotted in a viral video calling Dora a bitch.

In the video, Vee was seen having a serious conversation with her lover, Neo, few minutes after she had a heated argument with Dorathy.

According to the British born, likes picking on people but she will do the same to her because she is a bitch as well.

“I think Dora’s a bitch. She’s always bullying people. She tried to bully Bright for speaking the truth when Ebuka asked him a question. She picked on Nengi. Now she’s on me. She can’t bully me, because I’m a bitch too“, she said.

VEE: I think DORA is a bit*h. She wanted to pick on BRIGHTO for answering the question he was asked, she picked on NENGI and she’s picking on me, but I can’t be picked on, because I’m a f*king bit*h as well!! #BBNaija pic.twitter.com/HPku1JfBsq