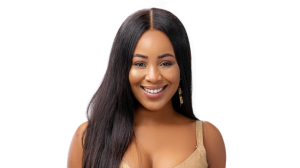 Recall that Erica was disqualified from the reality show for repeatedly disobeying house rules.

Ogunlesi in his reaction to the development wrote, “INEC has disqualified Erica.”

He lamented that the disqualified housemate could have made it to the final.

Tweeting, Rico wrote: “I’m actually sad about what is happening with Erica. #BigBrotherNaija.”

“Erica could have easily made it to finals and probably win it.”

“I think it’s time to empathize with her instead of continual criticism.”

“She needs our support now more than ever. Nobody is perfect. I wish you all the best Erica.”

On his part, another former housemate, Uti Nwachukwu tweeted: “Erica leaving the #Bbnaija house is actually a good thing for her I don’t think she could have handled the roller coaster of emotions coming. This is good for her mental health and I know she would remorsefully learn from this and rise I ask that we please be compassionate .”