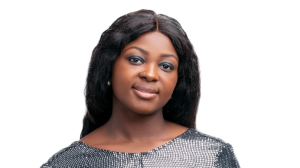 Big Brother Naija housemate, Ka3na has opened up on some interesting details about herself and her marriage.

According to her, she was married to a 64 year Old british man when she was 22, but they got separated when she turned 27.

She added that she had her baby, who is now one year old, through IVF, after a failed attempt the first time.

She then noted that after having her baby, she had her eggs frozen in South Africa.

Ka3na said she enjoys dating older men, so they can advise her, adding that she does not have time for younger men
Ka3na said; “My husband being 64 was not that strong anymore and I really wanted to have a child for him, so I decided to go for IVF.

“The first one failed but thank God for the second one. I now have a daughter, she is 1-year plus.

“I’m not separated and not divorced. I am not divorced yet because I am not ready to remarry. I’m Strong, passionate and a boss lady. I have my life all planned out. I just want fame to sell my business.

“In relationship, I have to be with an older man. I don’t have time to date young guys. I need someone that can advise me.”