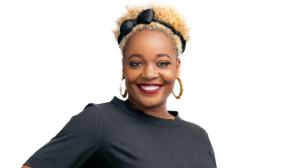 A storm of reactions by Nigerians has greeted Lucy’s unbelievable escape from the list of housemates put up for eviction earlier.

This online news platform understands that the four housemates that were put up for BBNaija eviction were the housemates with the least votes from the voting public from the votes collated by the organizers of the reality television show.

Big Brother Naija season five is tagged “BBNaija Lockdown“. Since the beginning of this season, five housemates have been evicted so far namely, Lilo, Ka3na, Eric, Tochi and Kaisha.

Lilo and Ka3na were the first two housemates to be evicted, followed by Eric and Tochi who were evicted last week. Today, Kaisha became the fifth housemate to be evicted from BBNaija House.

However, after Kaisha became the only housemate to be evicted from the ongoing BBNaija Lockdown House. today, Nigerians took to the micro-blogging to express shock that Lucy did not make the bottom as expected by some viewers.

So Lucy is still in the house and we are going to week five. Make e no be say nah she go win this thing o #BBNaijaLocdown pic.twitter.com/CbkEENnDL4

I don’t care who it is every year, that one person that brings fights and drama will have my votes or at least a portion of it and this year that person is Lucy.

Neo can carry his ultimate love and join Eric

The only housemate that is real n don’t give a damn about wat u think of her or feel is Lucy… She is so real n housemate don’t wanna see that cus d are fake..#BBNaijaLocdown pic.twitter.com/H3oiUpZNCc

Lucy can even win the 85m

The game is the game!!

Here are the reasons why

-She is the main drama im the house

-She is also one of the life of the party

-She is not a couple but yet we see content

Me acting Suprised when Lucy is Saved after Voting her secretly #Bbnaija pic.twitter.com/2RbTwuR2Se

Who else is low key happy for Lucy