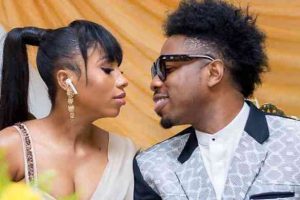 The reality TV star made the disclosure in a recent interview in Lagos, noting that the act of him not posting Mercy’s photographs on his social media accounts and vice versa was a mere strategy to strengthen their brands, keeping their relationships in a low key.

According to Ike, it is important for them to keep their individual fan base and brands strong. He, however, noted that he is yet to engage the fellow ex-housemate in the traditional way.

“We are still doing our thing, we have not officially done the engagement or moved in together yet, but she comes to my place every other day and I go to her place as well,” the reality star noted.

“We still go to each other’s house and try not to overdo it, maybe stay the night or two, but not too much, just because of tradition. When it comes to business, things have gotten a lot better, before it was more like all of us as ex-housemates were in a competition with each other, but now, everyone is finding their place and we are all comfortable helping each other out.”

Speaking about the impact of the Mercy & Ike reality show, he said “I will say the Mercy & Ike show was like a blessing because, before the show, we were both focused on our fan base and trying to keep our fan base strong, it was really an idea that promoting one another will weaken our brand.”

Meanwhile, Nollywood actress and film producer, Regina Daniels has been condemned for adorning her newborn child in likeness with Jesus Christ.