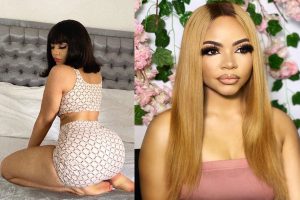 Nengi, one of the housemates in the lockdown edition of the Big Brother Naija reality TV show has declared that she can have sex in the house if she so desires.

The housemate while speaking with fellow contestant, Ozo noted that having sex on national TV is not a big deal for her if she’s really interested.

On what the public might say about such action, Nengi seemed not to be too worried as she noted that people will always talk regardless of what she does or doesn’t do, hence, she doesn’t care too much about their views.

She said she could have sex despite the live cameras in the show if she wanted to.

“Will you care about public if you do it (sex) on national tv?” Ozo asked and she responded; “No I will face them if it happens, they will still talk about other things.”

Meanwhile, the Ooni of Ife, Oba Adeyeye Ogunwusi has called for the scrapping of the reality show, Big Brother Naija.

The monarch noted that the reality show should be scrapped because it misrepresents Nigerian youths.

Oba Ogunwusi stated this while speaking with youths in his palace as part of the celebration of International Youth Day, on Wednesday.

According to the monarch, a new reality television that would be beneficial to youths should be put together to replace BBNaija.