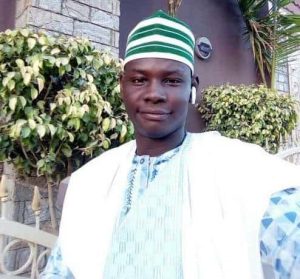 The attempt by Kano musician, Yahaya Sharif-Aminu to appeal his death sentence was stalled again on Tuesday as officials of the Upper Sharia Court in Kano State refused to make available certified true copies of the judgment.

According to Punch, Sharif-Aminu, who was sentenced to death on August 10, 2020, for alleged blasphemy against Prophet Mohammed, was given 30 days by the court to appeal the judgment, which means his time for appeal will end on Wednesday, September 9.

The convict is expected to personally sign the notice of the appeal while certified copies of the original judgement will be atta to it before the Court of Appeal will accept his appeal.

Investigation carried out by the newspaper revealed that Sharif-Aminu has been denied access to his lawyers while Sharia court officials had also failed to provide copies of the judgment.

Human rights lawyer, Femi Falana (SAN), while confirming the development stated that he has continued to make efforts to get the judgment.

He further stated that was a need to act fast since Kano State governor, Abdullahi Ganduje, had said last week that he would sign the convict’s death warrant once the time for the appeal lapsed.

“They have not released the judgment and time is running out. And if we cannot obtain copies of the judgment, we cannot appeal. They have just been saying the judgment is not ready and the days are counting,” Falana said.

Irate youths burnt down his family home and led a protest to the Sharia Police, Hisbah, demanding Sharif-Aminu’s death.