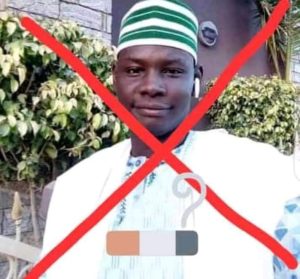 The Kano State Hisbah Board has declared its supports for the death penalty for Sharif-Aminu.

On Monday, Sharif-Aminu, aged 22, was sentenced to death for committing blasphemy against Prophet Mohammed in a song he circulated via WhatsApp.

The offense was said to have taken place in March 2020 after which protesters burnt down his family house.

Dr  Sani Ibn-Sina, the  Corps Commander General of the state Hisbah Board, in an interview with newsmen yesterday said, “As an organisation charged with the responsibility of enforcing Sharia, we are in support of the court verdict because anybody who does what he did deserves to be killed.  That is what the law says.”

He noted that the board swung into action to stop
many aggrieved Kano residents who stormed its premises in protest against Sharif-Aminu’s action from taking the law into their own hands.

He stated, “We were in the forefront of ensuring that the matter was thoroughly investigated to the extent of inviting his father who even said he could execute whatever Sharia says on the convict (his son).

He added that the judgement was based on Sharia and the group supports it.

Meanwhile, the decision has been met with criticism from various persons and Humaran rights groups.