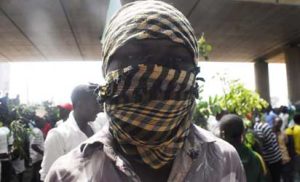 At least two civilians including a five-year-old child were killed and an aid helicopter sent by the United Nations, damaged after Boko Haram fighters shot at it.

NaijaNews learnt the plane was shot while approaching Damasak on Thursday.

It was noted that none of the crew members were hurt, but the fatalities and several others who were injured were on ground.

This was made known by UN humanitarian coordinator in Nigeria Edward Kallon .

UN Humanitarian Air Service helicopter was hit by bullets during the attack. No aid workers were on board at the time and crew members are all safe,” Kallon said in a statement.

A UN communication seen by AFP said the aircraft was shot as it approached Damasak and the pilots managed to fly back to regional capital Maiduguri 150 kilometres (90 miles) away.

The memo said the UN was suspending rotational flights for one week “to engage with government partners and conduct new risk assessments”.