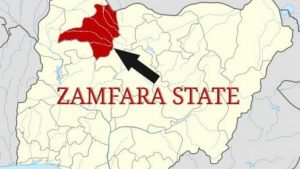 The 317 kidnapped students of the Government Girls Secondary School in Jangebe in Zamfara State have been freed by their captors.

Naija News reports that the students were freed on Sunday morning and they are now in the palace of the Emir of Anka for onward transportation to Gusau, the state capital.

It was gathered that the schoolgirls were kept in a forest between Dangulbi and Sabon Birnin Banaga in the Maru Local Government Area of the state.

However, it is unclear if a ransom was paid to secure the release of the schoolgirls from their abductors.

Recall that Maryam Sani, a junior secondary school student of the school had revealed how she escaped abduction.

Speaking to TheCable on Saturday through a translator, Maryam, who is in JSS3, said the gunmen threatened to kill whoever tried to run.

“She said when these kidnappers arrived, she just started shouting and ran away from her hostel,” the translator said.

“After she ran, the bandits went to another room while she and her other colleagues hid in a single room. When she got to the room, she knocked on the door and they asked ‘who are you?’ and she said ‘I’m the one, Maryam’. And they said ‘are you sure you’re Maryam?’ and she said ‘yes’. And they opened the door and she entered. They were five in number in that single room and they hid themselves.

“According to what she said, the bandits were shouting that they were going to kill whoever runs away. During the operation, another member called them on their phone. The person said, ‘have you started the work?’ and someone said ‘yes let me show you’. So they took their phone and started filming.