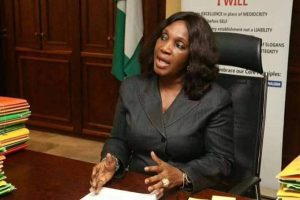 The House of Representatives Committee on Niger Delta Affairs investigating mismanagement of funds is currently in a virtual hearing with the former Acting Managing Director of the Niger Delta Development Commission, Joy Nunieh.

Nunieh was expected to appear before the committee on Thursday before police operatives laid siege at her residence in Port Harcourt.

The former NDDC boss was, however, rescued by Governor Nyesom Wike of Rivers State and taken to the Government House, after the Governor noted that the police had no arrest warrant and the Commissioner of Police in the state was not aware of the incident.

Meanwhile, the state police command on Thursday defended the invasion of police operatives at the residence of the former Managing Director of Niger Delta Development Commission, Joi Nunieh,

The state police command condemned the report that the police operatives at the residence were not sanctioned by the Inspector General of Police and the Commissioner of Police in Rivers State.

Nunieh is currently speaking on oath via zoom.