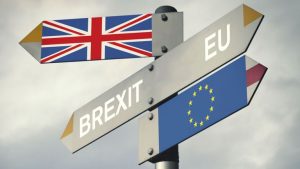 The European Union has taken legal action in response to the United Kingdom attempt to overturn parts of the Brexit withdrawal agreement.

Naija News Understands that the United Kingdom proposed an Internal Market legislation that would breach sections of the exit agreement the nation signed with the bloc last year.

It was garthered that the Internal Market Bill currently moving through the British Parliament would ensure free, open trade among Britain’s four “home” nations — England, Scotland, Wales and Northern Ireland — in the event no trade deal is established with the EU before Brexit takes effect at the end of the year.

The infringement procedure, which could come before European courts, has not yet derailed post-Brexit trade talks, but reflects the pessimistic mood in Brussels as time runs short for a deal.