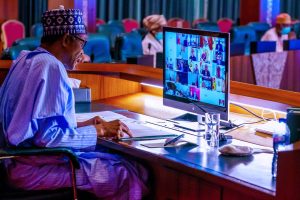 The Muhammadu Buhari-led government has approved N722.3m for the forensic audit of the Niger Delta Development Commission (NDDC).

The N722.3m was approved by the Federal Executive Council (FEC) on Wednesday.

Speaking to State House correspondents, Minister of Niger Delta Affairs, Godswill Akpabio, said the field auditors will carry out a complete forensic exercise of the NDDC activities in their respective states of assignments.

Akpabio also stated that field auditors would ascertain the total funds and resources paid to contractors for all projects carried out by the NDDC.

“By the time I assume office in August 2019, we discovered there was no budget for the NDDC for the year 2019 up to that September,” Akpabio said.

“So, we submitted two budgets in November to the National Assembly. And it took quite a while until in April. The budget details were given out to the NDDC in April, to end 31st of May, less than six weeks.

“Unfortunately, the National Assembly is right now on leave and the budget of NDDC for 2020 has not been passed. So, to enable us to move forward with the exercise and complete it on time, Mr President graciously directed and approved that the payment for the forensic exercise should be undertaken through the Presidency.”