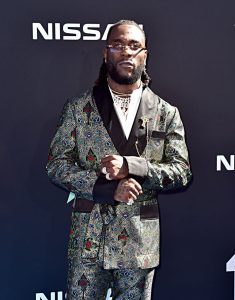 While speaking during the award ceremony in his acceptance speech, Burna boy revealed that the African continent was dominated by the Europeans around  835. He also reveals that Africans needs to overturn the narratives in order for black lives to matter.

He said: “I’ll like to use this opportunity to say that sometime around 1835, there was a mission to turn Africa into a dominated nation.” “Now is the time to overturn that and go back to the royalty that we were, because, in order for black lives to matter, Africa must matter”

Naija News recalls that the BET award for the Best International Act category has been won by several top music acts in Nigeria. Some of those who had won the awards are Davido, Wizkid and 2face