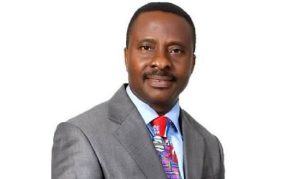 President Muhammadu Buhari has been asked by the Christian Association of Nigeria (CAN) to suspend the implementation of the Companies and Allied Matters Act (CAMA) 2020.

Recall that the President had on August 7, signed CAMA into the law.

According to the new laws, religious bodies and charity organisations will be regulated by the registrar-general of the Corporate Affairs Commission (CAC) and a minister.

It further noted that by order, the commission may choose to suspend the trustees of an association or a religious body and also appoint an interim manager or managers to coordinate its affairs where it reasonably believes that there has been any misconduct or mismanagement, or where the affairs of the association are being run fraudulently or where it is necessary or desirable for the purpose of public interest.

In a letter, signed by Samson Ayokunle and its president, and presented to Ita Enang, an aide of the president on national assembly matters, at a ceremony in Abuja today.

According to the association, no imput or opinion were received from affected stakeholders before the act was passed.

“We consider the Act, as indeed, a complex of statecraft compendium, laden with issues that are grossly inimical to national interest, security (peace and stability), and overall wellbeing of the Nigerian-state,” CAN said.

“From the reactions of stakeholders and a cross-section of the Nigerian-state, it is apparent that the Act either did not receive input from the respective various interest groups or failed to accommodate their views, sundry concerns and varying interests of the Nigerian people.

“Mr President, from the foregoing, we are of the opinion that you should kindly issue the appropriate directives to suspend the implementation of CAMA 2020 and affirm a thorough reappraisal of the legislation that is in correlation with the provisions of the 1999 Constitution of Nigeria (as amended), other extant legal and policy frameworks, the national economy, national security, national interest and the wellbeing of the Nigerian-state.”

While receiving the letter from the leaders of CAN, Enang noted that it is an anomaly to say that CAMA Act is targeted at religious bodies.

According to him, many pastors have kicked against the law saying it is a declaration of war on the church.

While giving his opinion, David Oyedepo, presiding bishop of Living Faith Church Worldwide, noted that the law was an offshoot of the government’s jealousy for the church.