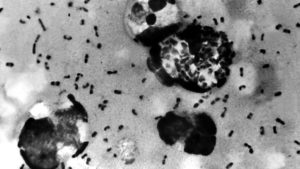 The Chinese authority has alerted the world to another outbreak of disease, suspected bubonic plague, a rare but serious bacterial infection after it was diagnosed at a hospital in a city, Inner Mongolia.

Symptoms of bubonic plague include swollen lymph nodes, which can be as large as chicken eggs, in the groin, armpit, or neck. Others include fever, chills, headache, fatigue, and muscle aches.

The health committee of the city of Bayan Nur, in a press release, issued yesternight issued an alert for plague prevention and control that will last till the end of 2020

The commission noted that the people’s hospital in Urad Middle Banner reported the suspected bubonic plague case in a local herdsman.

They added that the patient, who is in stable condition, is under isolation and is currently receiving treatment in a local hospital.

The commission further advised that residents around the area should stop hunting and eating animals, while further asking them to prevent people-to-people transmission.

The public was further urged  to “report any findings of killed or dead marmots and other animals, and report suspected plague cases, high fever patients with unknown reasons and patients dying from sudden deaths”.

Since last November, four cases of plague in people from Inner Mongolia have been reported including two of pneumonic plague, a deadlier variant of plague.