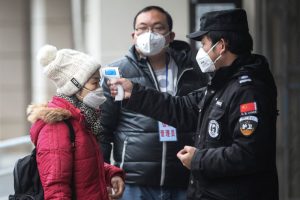 Even as the world battles COVID-19, a group of infectious diseases researchers have discovered a new strain of viruses amongst pigs in China, and fear that it might mutate to readily transmit between humans.

Robert Webster, who reacted to the development explained that an influenza investigator who recently retired from St. Jude Children’s Research Hospital, US, said it is a “guessing game” as to whether this strain will mutate to become a pandemic.

The last swine flu outbreak which occured in 2009 in Mexico, was far less deadlier than initially assumed.

This was as a result of many older people being immune to it, probably because of its similarity to other flu viruses that had circulated years before.

Kin-Chow Chang, a professor who works at Nottingham University in the UK, said “While this new virus is not an immediate problem. We should not ignore it.”

The virus is to be a unique blend of three lineages: one similar to strains found in European and Asian birds, the H1N1 strain that caused the 2009 pandemic, and a North American H1N1 that has genes from avian, human, and pig influenza viruses.

Presently, the world Is still battling with Coronavirus pandemic, with over 10 million cases globally.

In Nigeria, the virus which started with one case has grown to over 25,000 cases, over 9000 recoveries and less than a thousand death.

While briefing President Muhammadu Buhari yesterday, the chairman of the Presidential Task Force, explained the reason for the low mortality(2 percent) rate.