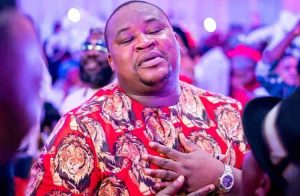 Naija News reports that the celebrity barman announced this in a video post on his Instagram page on Friday.

In the video of him which he posted on the gram, the Imo-born socialite could be seen signing some documents which makes his membership of the party official.

He said it is time to do politics with the elderly people in power while encouraging youths not to only go about protesting but to get involved directly in politics.

With My Full Chest, Naija