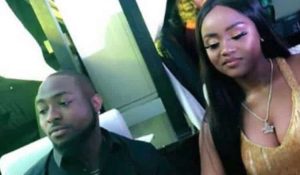 Nigerian singer and song producer, David Adeleke, better known as Davido has announced that he has changed his phone number and friends should not bother to reach out to him.

According to the singer, it is time to take some space off the reach of people so he could give himself some treats.

Davido noted that he had all his life show concern for people above himself, however, the time has reached to live his life, focus on himself the way it ought to have been. Naija News observed that Davido has also unfollowed everyone on his social media account, Instagram, precisely. Not even Chioma his fiancée was spared.

This is coming following an allegation of domestic violence in their home.

It could be recalled that controversial journalist, Kemi Olunloyo has alleged that Davido’s fiancees moved out of his house as a result of his recent cheating scandal.

Olunloyo’s claim, however, was faulted by Chioma in a recent post, as she noted that Davido has never been violent towards her neither does act in the same manner to the father of her child.

“If you can’t reach me don’t reach me! I will contact u!! All my life I’ve put people before me… I think it’s time to actually live my life and take care of myself,” Davido captioned in a post on his Instagram account to explain his actions.

He added, “I have changed my number! I needed some cleansing to do. Love y’all”

See below current status’ of the singer’s Instagram page.

Pls understand… see you when i drop ABT

In another news, Naija News reported that a middle-aged man who resides in Damba, a community in the state forcefully raped and killed his older sibling’s wife.