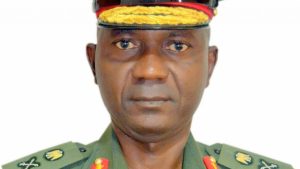 General Enenche said the troops were deployed to end the killings in the area and ensure security in the state.

He made the announcement on Thursday during a speech on security operations from August 6 to August 12.

“In a bid to curb the recent attacks and isolated killings in Southern Kaduna, troops of Operation Safe Haven have continued to intensify efforts aimed at securing the lives and property in the general area.” He said.

“This move is expected to achieve the desired result with the provision of credible and actionable intelligence specifically from primary sources.”