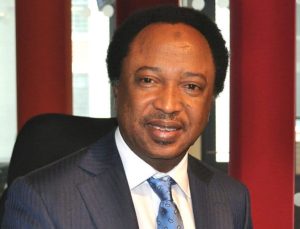 Shehu Sani, the former Senator that represented Kaduna Central in the upper chamber of the National Assembly has warned Northern Governors to focus on solving security challenges in the region.

He warned them not to use the case of Obadiah Mailafia who alleged that a northern governor is the commander of the dreaded Boko Haram terrorist group as an excuse not to solve the challenges of insecurity in their domain.

Senator Sani cautioned the governors against getting distracted by the attention generated by Mailafia’s submission on the Boko Haram insurgency in Nigeria.

In a Twitter post on Thursday, Sani tod the governors to focus on ending the incessant cases of bloodshed, banditry, kidnapping, and others plaguing the region.

See what he wrote:

“Mailafiya should not be used as an excuse, scapegoat, or distraction; Northern Governors should focus their attention on finding solutions to the bloodshed and violence consuming and demonizing the region.”

Mailafiya should not be used as an excuse,scapegoat or distraction;Northern Governors should focus their attention in finding solutions to the bloodshed and violence consuming and demonizing the region.

It will be recalled that Obadiah Mailafia, a former deputy governor of the Central Bank of Nigeria (CBN) and 2019 presidential candidate has declared that he stands by his word on the leadership of the Boko Haram terrorist group in Nigeria.

Mailafia made the declaration after he was released by the Department of State Services (DSS) on Wednesday over a claim he made that a governor from the north is the leader of Boko Haram insurgents.

He had made the submission on Monday during an interview session with a radio station based in Abuja.

Naija News recalls the former CBN deputy governor after his statement was invited by the DSS and he was in their office on Wednesday where he was questioned for about six hours.

Lalong in a statement released through his spokesman noted that the forum is worried about the allegation of the former Deputy Governor of the Central Bank of Nigeria.

According to him, the forum, which has been working with the Federal Government, security agencies, community, civil society, traditional and religious leaders as well as development partners to defeat terrorism, banditry and other forms of crimes in the region, finds the allegation “very weighty and deserves further investigation.”