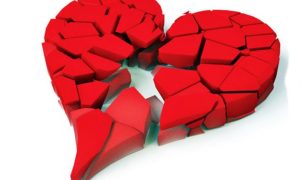 The man had taken to a Facebook group for singles to reveal that he’s single and looking to mingle.

In the post, the man, simply identified as Henry, from Accra, Ghana said he’s single and he’s looking for a female friendship “with no unnecessary drama”.

He further accompanied his post with a photo of himself.

However, his fiance replied with a photo of them together to inform everyone that they’ve been in a relationship for 2 years.

She added that she doesn’t know why he’s on the group for singles, “wishing to be unsingle while he’s in a relationship.”

She further noted that there weddkngbis just around the corner as they are preparing to get married in December.

Her revelation amused Facebook users and people soon began tagging their friends to witness the drama. 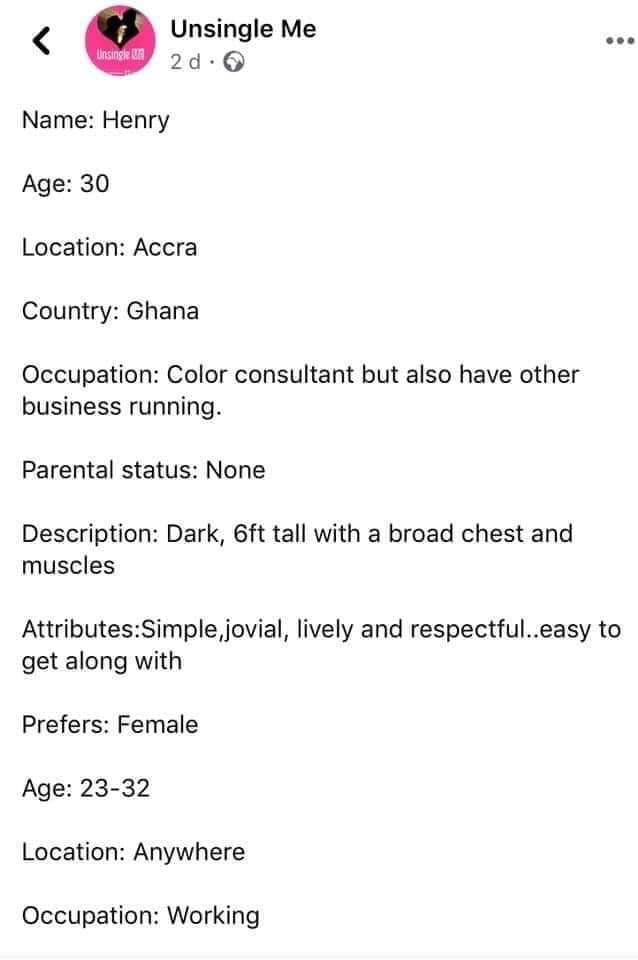 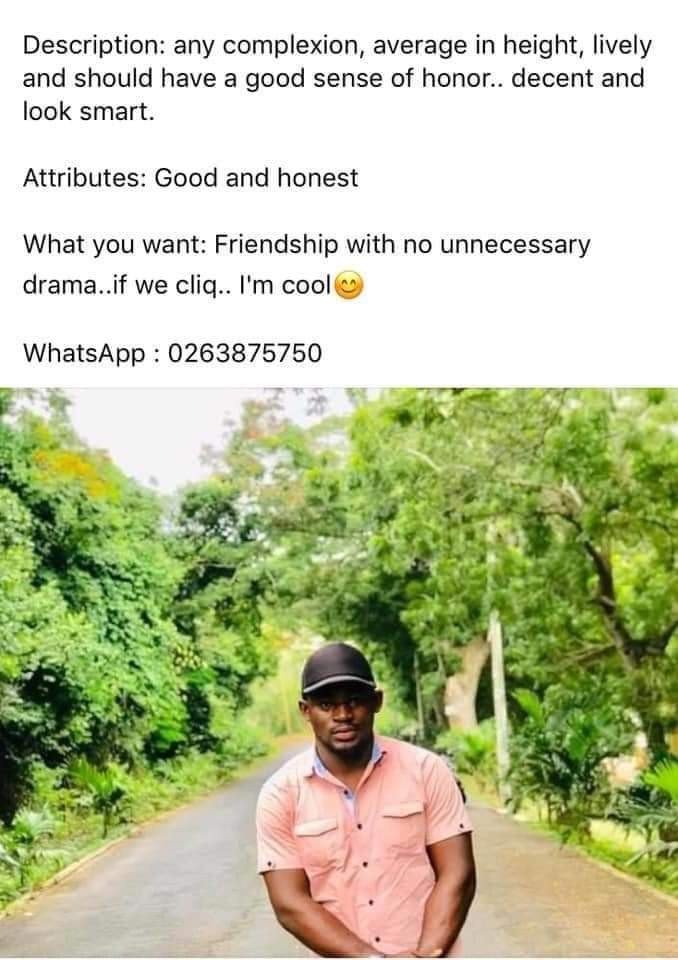 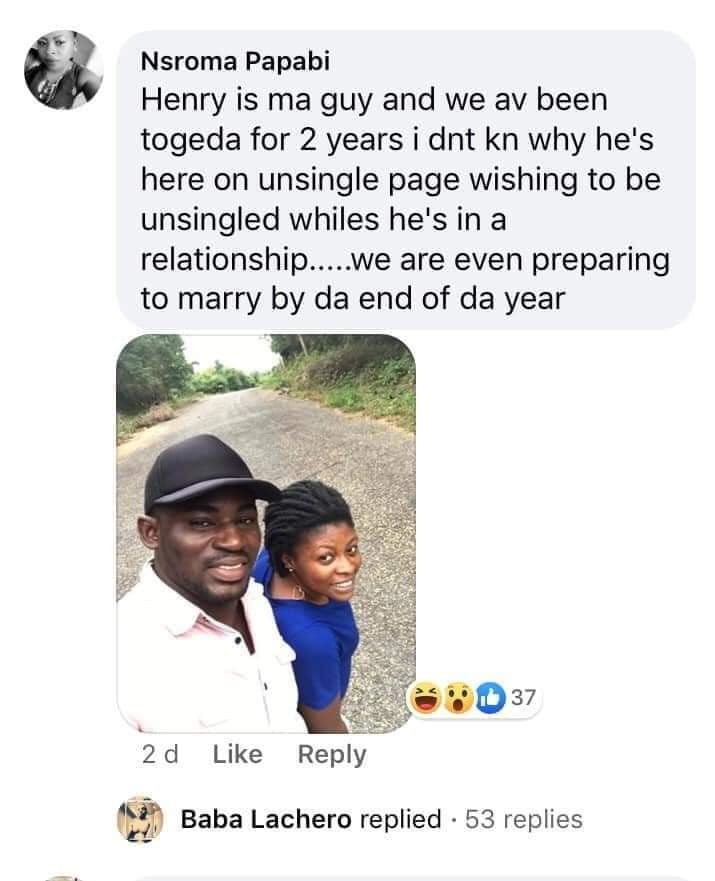