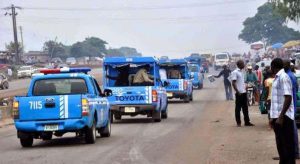 Ibe, who resides at opposite St. Matthew Catholic Church, Karmo, Abuja, was charged with two counts of assault and causing grievous hurt.

Ibe was said to have committed the offence on Aug. 5, on the Herbert Macaulay Way, Wuse Zone 5, Abuja.

He said the attack happened when Owocho apprehended the defendant on a traffic offence.

Ejike said while the accused was being led to the FRSC office, he drove the complainant to an unknown destination and fought him and bit him on the arm.

The offence, he said, contravened the provisions of sections 265 and 242 of the Penal Code Law.

The defendant, however, pleaded not guilty.

The Magistrate, Abdulmajid Oniyangi, admitted the defendant to bail in the sum of N500,000, with one surety in like sum.

Oniyangi adjourned the case until Sept. 10, for further hearing.