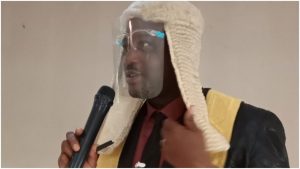 Edo State House of Assembly factional Speaker, Victor Edoror, has warned Governor Godwin Obaseki not to violate constitutional provisions if he does not want to be impeached.

The factional speaking with Punch on Wednesday noted that the decision taken at plenary was binding, he further stated that if the state Governor refuses to implement them, it would have grave constitutional implications.

When reminded that he had always maintained that his group was not out to impeach the governor, Edoror replied, “If they refuse to carry out our instructions, it has huge constitutional implications. I don’t think they can afford to make that mistake.”

“We are not ready to impeach unless they demand it by trying to flout provisions of the constitution. You cannot just impeach anybody unless he commits an offence”

He commended members of the faction over their rancour-free discussion, “We received petitions, we deliberated and made pronouncements on issues of state importance.”

He also assured the people of the state of quality representation and deliberation. The factional speaker said, “We are going to make sure that the people of Edo receive the dividends of democracy. We are not out to impeach anybody contrary to what is being peddled around. We are out to give legislation to the people and provide quality service. We have no ulterior motive.”

The group, while condemning the destruction of the Anthony Enahoro Complex of the State House of Assembly, said it was unsafe for members to sit there.

The faction also debated the petitions brought before it. It described as unlawful the removal of the chairmen of Etsako East, Esan West and Etsako West, saying their removal was an infringement to their fundamental human rights and abuse of office.

The Speaker also set up a five-man committee to investigate the matter and report back to the house.