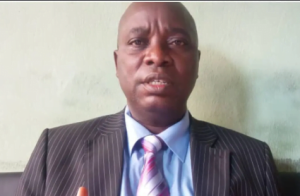 The National Coordinator Concerned Advocates for Good Governance, Olusegun Bamgbose, has commended the National Planning Committee of the Nigeria Bar Association, NBA, for withdrawing the invitation of the Kaduna State Governor, Nasir El-Rufai.

The Lagos based lawyer noted that the Kaduna State Governor’s track records in terms of human rights is not good enough.

Recall that NBA on Thursday withdrew the invitation extended to El-Rufai, who was expected to speak its 2020 Virtual Annual General Conference (AGC) which is scheduled for 26th to 29th August, 2020.

El-Rufai was billed to speak on the topic: ‘Who is a Nigerian?’ But his inclusion led to outrage and backlash, even on social media.

Bamgbose in his statement noted that legal profession is a very noble one, and lawyers must jealously guard the nobility of the profession.

He further stated that the Kaduna State Governor is morally and ethically unfit to be a Guest Speaker, at this year’s NBA Conference

Bamgbose in his reaction to the development said, “The timely withdrawal of the invitation extended to Governor El-Rufai is in order and a welcome development.”

“Governor El-Rufai’s track records in terms of human rights, not good enough. He is ethically unfit to deliver a lecture on, ‘Who is a Nigerian?’ Law profession is a noble one and we won’t allow anyone, no matter how highly placed, to decimate or desecrate it.”

“I’m really proud of the NBA Planning Committee, prompt and proactive response, to the agitations of lawyers across the country.”

“I commend and appreciate the timely withdrawal of the invitation extended to Governor El-Rufai. It’s a big relief.”

“This will act as a deterrent to other political office holders, that when it comes to good Governance, the Bar won’t compromise issues.”

“Lawyers will not relent in resisting any attempt to politicize the noble profession. Governor El-Rufai’s reaction that the withdrawal is unfair and unjust, holds no water.”

“His house is burning, let him ensure safety and security of his subjects in his State, before being accorded the privilege to be a Guest Speaker at NBA Conference. Let him keep his house in order.”

“This rejection of him by lawyers, should serve as a notice to him, that his performances so far as Governor of Kaduna State are not well appreciated. His future ambition to be President or Vice President, has thus suffered a big setback.”

“The Bar, by this singular action, is sending a signal to the public office holders that come 2023, lawyers won’t sit on the fence, and watch non performing politicians win any election. It’s time to meaningfully contribute our quota to National development.”

El-Rufai in his reaction to the development described the removal of his name as one of guest speakers at the event as an “unfortunate embrace of injustice”.