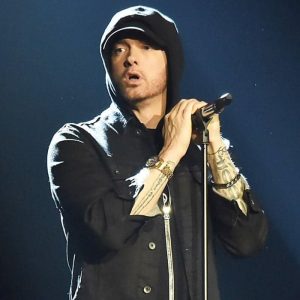 There had been speculations from some quarters that the award-winning American rapper is dead.

People feared that the 47-year-old rapper had died, after #RIPEminem began trending on Twitter on Tuesday night – despite Marshall Mathers III being very much alive.

The hashtag became a top trend in the US, with some fans of Eminem believing that the Lose Yourself star had passed away on August 18.

However, it seems that the trend stemmed from one Twitter user who declared: ‘I have killed eminem.’

While the trend initially caused major concern on social media, it later turned into a meme.